As a parent, we feel huge pressure to make certain our beloved children have a Merry Christmas.

Unfortunately, the new reality in Calgary, where the unemployment rate has risen to its highest level in nearly 22 years, is that many workers are forced to take any job offered and work harder for less.

Currently unemployed, I jumpedat a job posting for a local courier here in Calgary.

Part time Driver ad to which I responded:

When I told my 7-year-old son I would be working weekends in order to buy him presents, he told me I can just make him one instead. I adore his golden heart, however, Santa’s elves don’t know how to make some of the items he really wants for Christmas and neither do I. 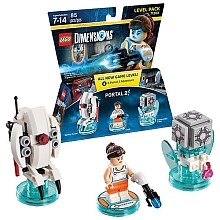 Anyone know how to D.I.Y .a Lego Dimensions Portal???

I and several other desperate souls showed up for training (As an Instructional designer I shudder at the abuse of the word training). The initial training was less than a ten-minute overview, in the warehouse, during loading of packages.

We were specifically told to take a picture of the package at the address to prove delivery was made, ring the doorbell and leave.  We were told by our supervisor/trainer  Al (who does not give out his surname) “dealing with the customers just wastes time and then we won’t make any money“. For apartment deliveries, we were advised to find a way into the building and drop the package in the hallway at their door.

It was made explicitly clear we would not be considered an employee(not an employee under Employment Standards legislation) but an independent contractor, being paid on a piece rate basis.  When questioned about pay, we were given vague answers about different package rates and different zones.

We were told we are expected to deliver 100 packages a day and could expect to make upwards of $200 a day if we were hard workers.We had no idea what we would actually be making; or that the unrealistic expectations set out for us virtually guarantee failure. ( Christmas makes you want to provide for those you love)

Actually takes hours to load all the packages, (so it is actually a ten hour day)

When I brought up this math to my supervisor he looked visibly angered and told me he may not actually have anything for me that day, I was benched and ignored for over an hour.

I was not paid for the work I did. I worked for 3 days. I delivered 160 packages.I became ill, was put on antibiotics by the doctor and called and texted Al the manager.

When others were paid, I was not. On December 9th I texted Al and asked “where can I pick up my paycheck?” he responded “Thought you were doing this for free”  then he added “This weekend is payroll. I’ll email transfer you” to which I responded “thank you” and gave my email address.

Saturday, December 17  I text*  “Hi Al when can I expect to get paid?”   he changes his tone and says “I’m verifying how many days you’ve worked as I clearly told you you had to work 5 days to get your money. As I don’t have a sense that you are coming back”

After that he no longer responds to texts. NOTE: There are screenshots of all the texts*

All of the deliveries were for Amazon packages

A more accurate job posting would be:

Sort and load other peoples Christmas parcels into your own vehicle, drive your own car around, pay for your own gas, locate addresses on the slippery winter streets of Calgary from sunup until long past sundown when the addresses can’t even be seen. Feel your thighs burn as you jump in and out of your vehicle 100 times each, EVERY 3.69 MINUTES in the cold winter air. May or may not receive remuneration for your efforts.

Cashing in on desperate parents

Scamming a mother who is struggling to give her children a good Christmas is absolutely disgusting.

I am comforted that my children know that I love them, care for them and want what is best for them even if I can’t afford expensive presents, it’s my presence that counts.

So if you are also stressed out about the Holidays, try to spend your time doing things as a family this Christmas or make each other presents. The memories will outlast any item on their wish lists.

Note: This info was taken from the Amazon.ca website one week ago

Giving 1 star is far more than this company deserves. They’re a courier company for Amazon and employee’s are supposed to just drop package at your front door and snap a picture... The employee’s don’t even make gas money nor get paid.

Loved this? Spread the word

Please log in again. The login page will open in a new tab. After logging in you can close it and return to this page.